It’s one of those cold winter days when you just don’t feel like going out. An icy wind is blowing, sweeping beaches and thoughts, darkness comes too soon for you to think of looking for things to do outside the house. So what should you do? Light the fire, prepare a hot tea, gather around the fireplace and begin to tell a story…

It is in situations like the one just described that we like to imagine Versilia’s legends being handed down, stories past on by word of mouth from generation to generation, with spellbound children as spectators and adults mixing together reality and fantasy.

Yes, because that is how legends are born: you start with a real fact (the name of a town, the shape of a rock, the special feature of an animal or a place) and a great story is woven from this when there is no scientific proof, where there are rational explanations.

Furthermore, as they are passed down orally, the legends are modified and maimed, they become part of the popular history of a given place, but each person will provide their own version. That is why, even in Versilia, there are dozens of legends but perhaps if you find yourself in a different home you will find a different version.

Have you heard of the Busdraga of Camaiore? And the Dead Man? Do you know Linchetto? Do you know why Monte Forato has a hole? Find a taste of these and other legends of Versilia in this post! 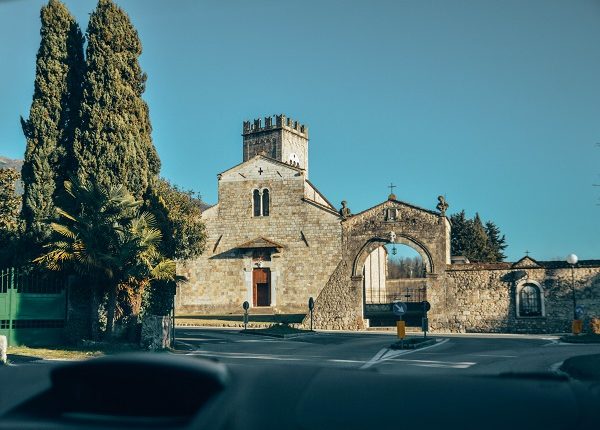 A very popular legend in Camaiore is that of the Busdraga, a beautiful woman of noble birth, dissolute and with many lovers, often married men, and therefore hated by entire families. Despite the passing years, the Busdraga never grew old, until one night she died suddenly in mysterious circumstances, with her skin blackened as if she had been engulfed in the flames of hell.

Buried in the cloister of the Friars Minor, the bones of Busdraga would not find peace, it was therefore necessary to exhume and bury them in the woods, at the foot of a tree. That place became sinister and mysterious and some witnesses swore that they saw a strange black figure wandering at night through the trees making terrifying moaning sounds.

On stormy nights, the Busdraga tries to spread an inflamed canvas on the grass of the forest and, with the dawn, angry at not having been successful, she throws the fiery roll towards the Apuan Alps leaving a strip of fire that flies through the sky to Mount Prana.

The majestic profile of the Dead Man is a familiar sight to the inhabitants of Versilia: it covers (or rather, lies!) between the Pania della Croce and the Pania Secca and its legend dates back to when these two mountains were joined together, surrounded by meadows. Here, in this land of shepherds, one day one of them fell in love with a beautiful shepherdess who fell in love with him in turn. The young man, however, began to feel the call of the sea in the distance and wanted to discover the world beyond those pastures and so one day he left. The shepherdess I waited in vain. He never returned.

Another shepherd fell in love with the sad shepherdess and climbed to the top of Pania della Croce to ask God how to get the girl to forget her love. God said that the solution was to prevent the young woman from seeing the sea, and to do that the only way was to sacrifice himself and let his face be transformed into that of a stone giant that would unite the two Panie, thus hiding the sea from view. This is the origin of the Dead Man that we can all see. 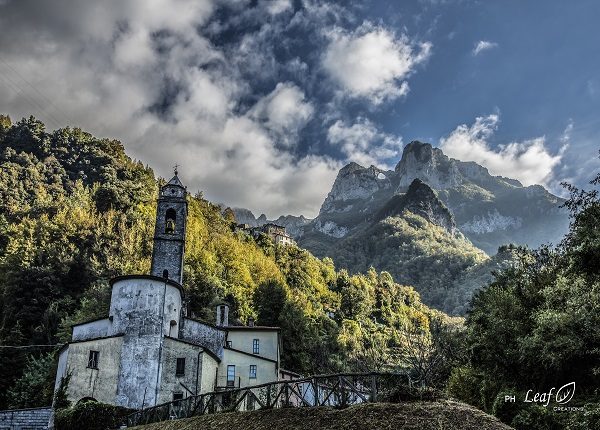 In the Versilia, Garfagnana and Lucca area, there is a goblin called a “Linchetto“, a malicious and spiteful being, that goes from one house to another at night to tease those who sleep. It likes to pull the covers back to sit on your chest and make breathing difficult, to transform objects, knock on doors and pester the animals in the stables, sometimes taking the food away from an animal that is annoying.

Linchetto is not evil, it is just very mischievous and sometimes can cause some serious damage. Linchetto is described as a being that is in no way human, perhaps an animal like a dog or a cat? A bird? A hybrid of different species? Many say that it is invisible, so no one knows what it looks like. Legend has it that the Linchetto is a friend of children, and it cannot stand the elderly and young couples.

To ward off Linchetto from your house you can light a blessed candle that scares it or you can put a bowl of rice on the bedside table and it will thus be forced to count all the grains that fall. To send it away from the stables you need to hang  on the door a branch of juniper, forcing Linchetto to count the leaves, on pain of having to cease its spiteful raids.

The hole in Mount Forato

There are many legends about the Apuan Alps. One of the best known is the one about Mount Forato, in the municipality of Stazzema. Obviously a mountain with such unique features was bound to attract scientists, hikers and curious people and give rise to some legends! The best known is the one concerning Saint Pellegrino, tempted by the devil while he was building a large beech cross to be placed on the summit of the mountain.

The devil, to prevent him from hoist the cross on the mountain, stood before him in disguise, first as a fearsome dragon, then as a charming woman, but Saint Pellegrino remained unperturbed. The devil, furious, then decided to appear in person and gave Saint Pellegrino a slap that spun him around three times upon himself and fall to the ground unconscious. Once he recovered, Saint Pellegrino returned the slap so forcefully that the devil crossed the whole Serchio valley, until he reached one of the peaks creating a hole straight through it, giving Mount Forato (Pierced) its name. 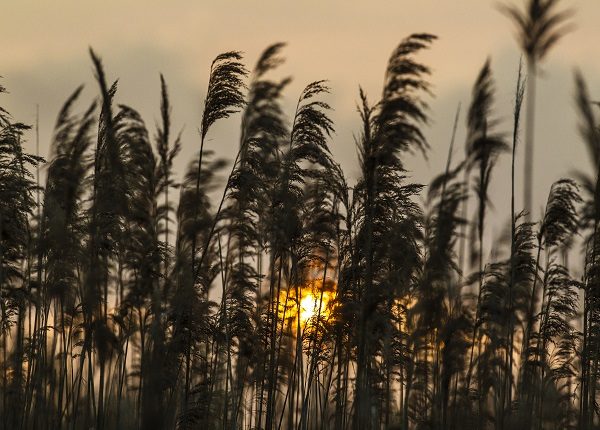 It is said that Emperor Nero, after killing his mother Agrippina, took refuge in a cave not far from Lake Massaciuccoli, in the municipality of Massarosa, and that, in revenge, she cursed her child, that he would be electrocuted by a rogue bolt of lightening.

After a few days he thought he had escaped the curse so Nero left the cave, but it was then that, despite the good weather, lightning struck him and he fell down into the waters of Lake Massaciuccoli. From that moment it is said that Nero lives at the bottom of the lake and that he disturbs the fishermen by tugging and thrusting their boats and terrorizing them to death, as happened to the fisherman Michele. That’s why no fisherman dare wander onto Lake Massaciuccoli at night: it is for fear of encountering the infamous and cruel emperor.